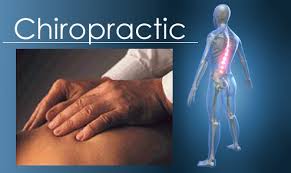 Chiropractic was defined by D.D. Palmer as “a science of healing without drugs.”

About 60,000 chiropractors currently practice in North America, and, worldwide, billions are spent each year for their services. This article attempts to critically evaluate chiropractic.

The specific topics include the history of chiropractic; the internal conflicts within the profession; the concepts of chiropractic, particularly those of subluxation and spinal manipulation; chiropractic practice and research; and the efficacy, safety, and cost of chiropractic.

A narrative review of selected articles from the published chiropractic literature was performed. For the assessment of efficacy, safety, and cost, the evaluation relied on previously published systematic reviews.

Today, some chiropractors view chiropractic as an “alternative form of healthcare,” but in most countries, chiropractic is seen as an adjunct to rather than a replacement of conventional medicine. Chiropractors have legal recognition in about half of the world, whereas in the other half, such recognition is lacking.

In India, China, former Russia, parts of Europe, and most of South Africa, chiropractic is not legally recognized.

In the United States, between $2.4 and $4.0 billion is spent each year on chiropractic care.

Chiropractic is covered by Medicare, a substantial proportion of private and public insurance plans, all state-workers compensation systems, all forms of managed care, most health maintenance organizations, and private health insurance plans.

All 50 U.S. states, Puerto Rico, the District of Columbia, and the Virgin Islands license chiropractors.

About 60,000 chiropractors currently practice in North America, a number that has tripled between 1970 and 1990.

The proportion of the population using chiropractic services has doubled in the last two decades.

The chiropractic profession is thus growing rapidly; more than 4,000 students graduate each year from about 30 chiropractic colleges in the United States, and the total number of U.S. chiropractors is predicted to reach 100,000 by 2010.

Chiropractic Use and Opioid Receipt

Mortality risk and back pain

Chiropractic Care and Low Back Pain